Lego is not quite Trigger's Broom, or rather the name is, but the toy itself is not. Lego Mindstorms shares the name with the original toy, but is basically incompatible, having been incrementally redesigned over the years.

So, I've been out of Lego for well, most of twenty years - a generation - and am getting back into it with my children. I received a fantastic Lego Mindstorms set as my leaving present from my last job, and decided to build it with them, which meant waiting for the Summer holidays. The holidays have arrived, and we're now playing with it.

It took a while to realise it, but, well, look at the pieces: 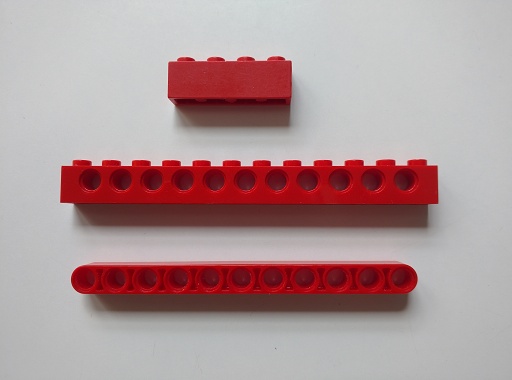 The top piece is traditional old-school Lego. The bumps on top allow you to stack pieces. Good in compression, poor in tension. The second row is Lego Technic from my childhood - the holes can hold axles, or rivet-like pieces to bind the bricks together, like a spanner-less Meccano. The third row is Lego Mindstorms - it's got the holes, but it's got no bumps. You can't directly use old-school Lego with Mindstorms!

I can kind of understand why they did this - the traditional Lego connections, being poor in tension, are useless for the kinds of applications Mindstorms are for. On the other hand, it seems really weird to have a Lego-branded product that, well, doesn't plug with Lego.