I've finally finished the model aeroplane that I posted about previously. Actually, I finished it a while ago, but I've only now got the energy back to post! 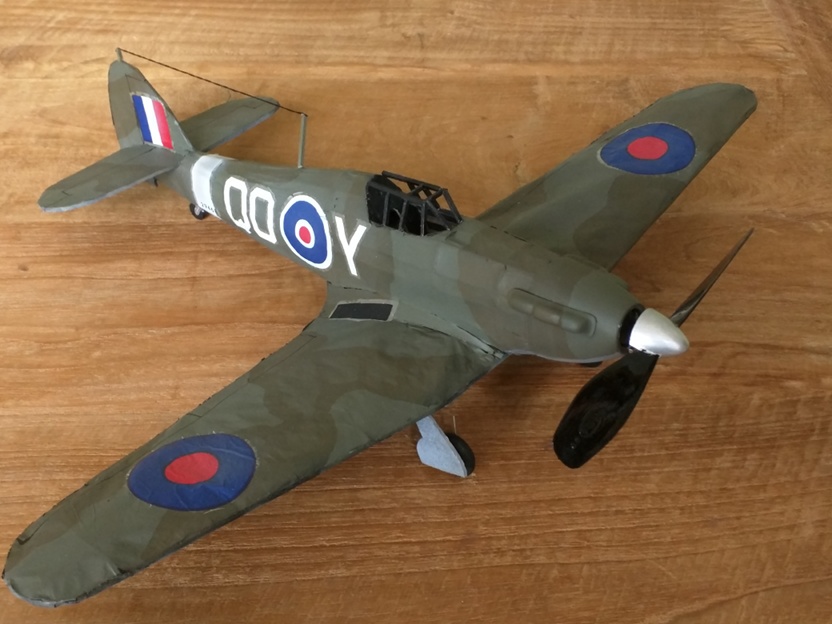 It turns out that the later and later stages of model aeroplane construction are less and less rewarding, at least for me! Gluing wood into shape is fun, covering with paper is fiddly, and decoration is tedious and when I do it, it produces underwhelming results. Still, it is done.

It's been undercoated, painted, details drawn on, decals applied, varnished and final features added. Final features first: I tacked on the antenna as a somewhat ad hoc extra, and the cockpit was made from painted balsa strips, since the original plastic cockpit somehow was crushed. Varnishing was the same as painting.

Decals were just like the "soak in water and slide onto surfaces" transfers you'd get in cereal packs in the '80s. They still have a tendency to tear, and they don't look great, but they're ok. I drew the edges of control surfaces on with a pen and ruler, which just reveals how poor I am with a pen and ruler. And then the lines ran a bit when water from the decals got on them. I guess the lesson is to do decals before lines.

The main faff was the painting. Rather sillily, I did it with an airbrush. I wanted the best finish I could manage with my limited skills, and, hey, I got to play with a new tool and attempt to learn a skill and understand the technology. Airbrushing is pretty fun, but I'm... not skilled with it. I got a cheapy airbrush, which wouldn't help, but it's easy to get it to clog up, and condensation can make it end up somewhat sputtery. 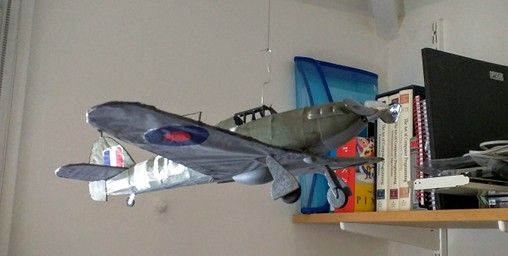 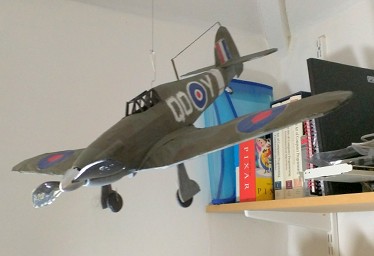