I'll soon be moving jobs. The company I'm going to has a looser dress code than my current employer, which means I'm going to need a few more t-shirts. Custom-printed t-shirts are now really quite cheap (yay, computers!), so it gave me the opportunity to get myself a couple of custom designs. For some reason, this makes me surprisingly happy. 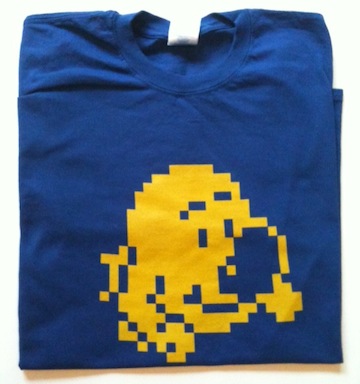 The first design is the character "Head" from the Spectrum game "Head Over Heels", which you may know I'm something of a fan of. I always need more monochromatic pixel art in my life. I've ended up using this as my avatar on Github and a couple of other places, since a tiny icon of some white bloke is not exactly highly-distinguishable (roll on diversity in IT, please). 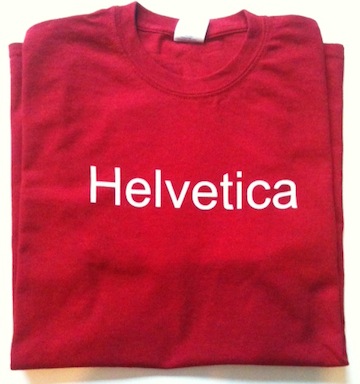 The other one is something rather more obscure. You've probably seen those designer-ish t-shirts with "Helvetica" written on them in nice, friendly letters. This t-shirt is just like that, except "Helvetica" is written in Arial, the cheap Helvetica knock-off that's infiltrated everywhere. Happily, it looks a little bit naff and knock-off-y, which is just what I wanted.

The company that printed them for me has given me a money-off voucher, so I'm very tempted to do a few more...